As the iPhone user-base increases, so does the piracy user-base of iDevices. Many developers have been or are now implementing features to stop piracy of their apps. You will have read how BeejiveIM stopped working for pirated copies, now Spokko, the makers of Light Wars have also implemented a feature that stops pirated copies from working. 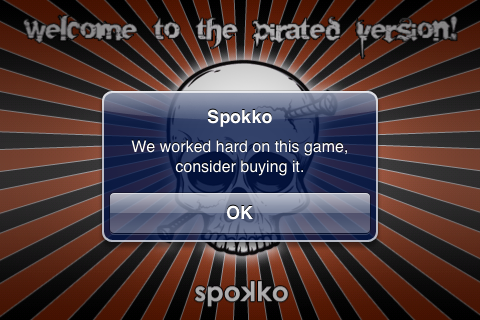 This has only been implemented into the new update but from what I know the original 1.0 release will not stop pirates using it, it’s interesting to see how developers are taking different methods to stop piracy.