and iPod Touch later this year. The award winning game is making it’s way from the Nintendo DS to the PSP platform and now the iPhone & iPod Touch.

“Chinatown Wars is a perfect match for the iPhone and iPod touch,” said Sam Houser, Founder of Rockstar Games. “We are very excited to bring this incredibly ambitious version of Liberty City, with this level of detail and immersive gameplay on Apple’s new gaming platforms.”

The game follows the story of Huang Lee, a young Triad who travels to Liberty City after the mysterious death of his father. Players will navigate their way through the streets as they uncover the truth behind an epic tale of crime and corruption within the Triad crime syndicate, delivering the unprecedented amount of depth that has become a true trademark of the Grand Theft Auto franchise.

A recent patent filing made by Apple suggests that the iPhone could provide a customized home screen depending on the current user location. 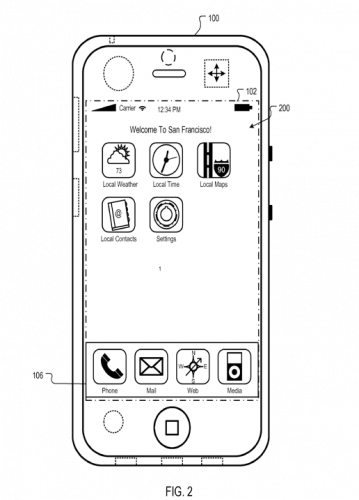 The filing was revealed by the U.S. Patent & Trademark Office this week. The filing was dated February 21st 2008 for “Transitional Data Set”, it describes an invention that would display specific applications populated based on dynamic factors such as location.

“The user can create a set of location-aware applications that can be populated by transitional data sets,” the filing reads. “A transitional data set is a data set that can change based on the current location of the mobile device… as determined by a positioning technology (e.g., GPS, cell tower triangulation, Wi-Fi).”

In April it was rumoured that the iPhone 3GS would be able to play 720p and 1080i HD video via the Apple AV Cables.

When the device was finally released it was found that the video still played like its predecessors only supporting SD 2.5Mbps MPEG 4 or H264 video. But this turned out to a set limit by Apple, possibly to save the battery life of the device or to keep the old iPhone videos working on the new 3GS model.

A user of the Chinese website WeiPhone did a lot of testing with the iPhone 3GS and they discovered that it can in fact smoothly play HD video at 30Mbps at a 1080i (1980×1080) resolution. This was achieved by uploading various HD movies to the iPhone 3GS using the program FileAid and then running them via the iPhones built-in video player.

Playing back HD video on a iPhone is very useful on the small screen and the battery usage would drain a lot quicker. However is you used Apple’s Component AV Cables and it would be possible to run HD video from the iPhone. 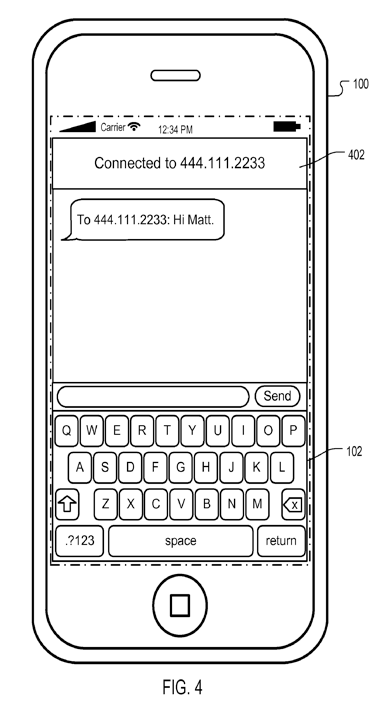 Apple has a new patent titled “Auto Messaging to Currently Connected Caller.” This patent focuses around the idea of sending documents, emails, text messagess, files, etc. to the person who you are calling.

The data could be sent through various network types like GSM, GPRS, Edge, Wi-Fi, WiMax and Bluetooth. Apple’s interface would provide users with a way to access all the file sharing features while on call the system would be capable to directing the various types of data correctly all at once. 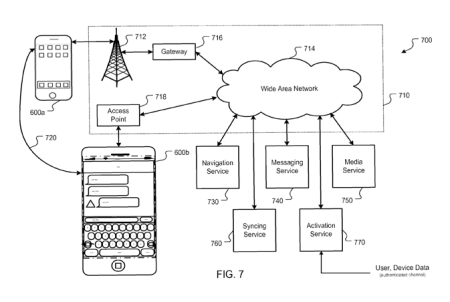 Apple is doing a lot of looking into file sharing technology for it mobiles. A similar patent that AppleInsider discovered in June details how an iPhone could share media like music, video, podcasts, images, voice mails with other iPhone users.

Many reports have shown that there’s a chance of a 8GB iPhone 3GS model soon. The 8GB model was found on Rogers Wireless internal sales system, however Rogers quickly said it was an error. However a few days later, the 8GB 3GS reappeared in the system. 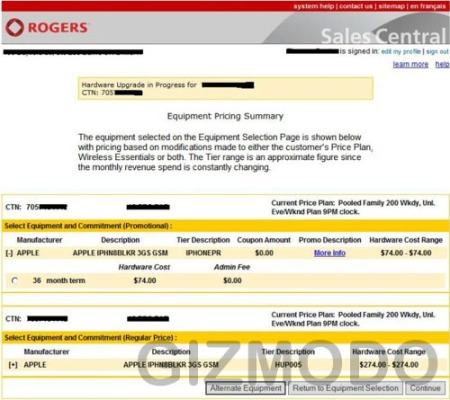 Yahoo! Mail, it would re-appear a few days later saying it had been unread.

I’ve been trying to think of a cause of this, it could be that when I delete mail I don’t give it long enough for it to sync back with the server; but it runs as a background process so surly it can, right?

Or maybe it’s a problem with Yahoo! Mail, which it could be but I’ll be testing out some things to test it and see if I can work all this out as it’s not convenient finding 10’s of emails re-appear.