The developer of the public transportation guide for San Francisco, iBART. Has spotted an iPhone3,1 user in their log

files. This is similar to when the 3GS was spotted before it was announced by the device string in log files.

“iPhone3,1” was first spotted in Pandav’s usage logs in November. The identifier “iPhone3,1”  does not match any shipping iPhones. The last iPhone released was the iPhone 3GS which carries the identification string “iPhone2,1”.

If the reports are correct the next iPhone should be around in about 8 months, if the cycle is the same as before.

A french blog has leaked these pictures out of what appear to be the new iPhone, to be released at WWDC on Monday. 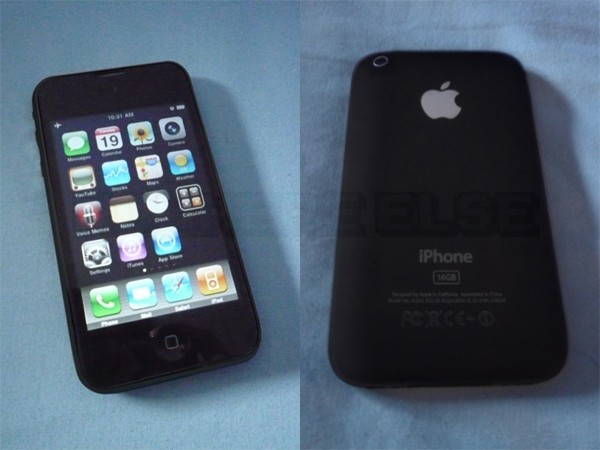 The new pictures seem to fit with the other leaked images and rumours of the new phones features.

The model in the pictures is running is running iPhone OS 3.0. It shows what seems to be a front facing camera, perhaps video calling?
The matte back and black bezel which seems very consistent with the leaks and rumours so far.
Also it shows it’s a 16GB model, as all of the leaked images do.

As we are getting ever-closer to WWDC on Monday the leaks seem more consistent therefore I believe that maybe this is what we will see on Monday.

You may of heard about the takedown that sites have got about the leak of the 16GB model to become end of life, however

this won’t affect the new model it will just mean that they will stop selling 16GB iPhone 3G’s therefore doing this, the market will move onto the new model.

Also the new iPhone Back shows 16GB and so did the Carphone Wearhouse inventory placeholders, along with most of the leaked pictures.

The New iPhone back is listed by Luna Commerce, in it’s list of products.

It shows the matte back which most of the leaked images are showing.

The cover looks similar to the previous leak, this one has been pictured from both sides. The model number is listed as A1303.

According to a anonymous tip, I assume from an AT&T worker, the new iPhone is said to be called the iPhone Video.
This could link back to the Carphone Warehouse’s Inventory holder which referenced the new phone as “iPhone32GbV3″ and iPhone 16GbV3″, I’m guessing the V would either stand for version or perhaps video.

As with all leaks and tip offs take it with a pinch of salt as nothing is confirmed until Monday at WWDC.

Yet more leaked iPhone pictures have been circulating around the internet, once again the black bezel is shown along with the higher speaker.

Luckily we only have a few more days till WWDC starts. 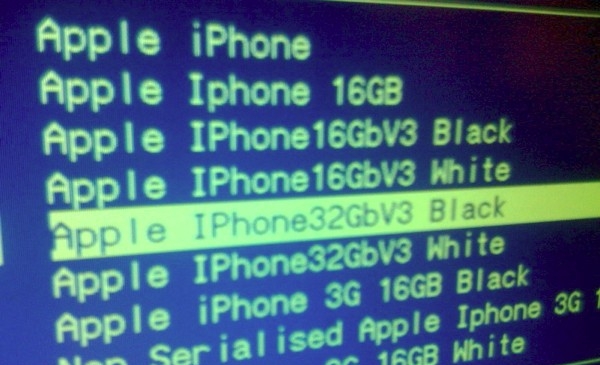 New iPhone models: “iPhone32GbV3″ and iPhone 16GbV3” inventory placeholders have been photographed at one of the UK iPhone outlets, The Carphone Warehouse. The only thing that seems to be missing is the rumoured 4GB model which some sources speculated to.

We will see what happens on Monday at WWDC.

The United States Patent and Trademark Office released patent application number 20090143007 today. Titled “Methods and systems for mixing media with communications”, it shows methods for sharing digital media files like music, video and images in as part of a communications connection, without ending the original connection.

iSpazo recently received an image of what appears to be the new iPhone model.

The picture appears to be taken from a computer inside the Apple site. It has the rumoured black frame and a front camera, video calls maybe?

The photo seem’s to comply with many of the rumours that have been spreading around, the frontal camera and the black frame around the phone. The picture looks quite authentic, however we won’t know till WWDC. 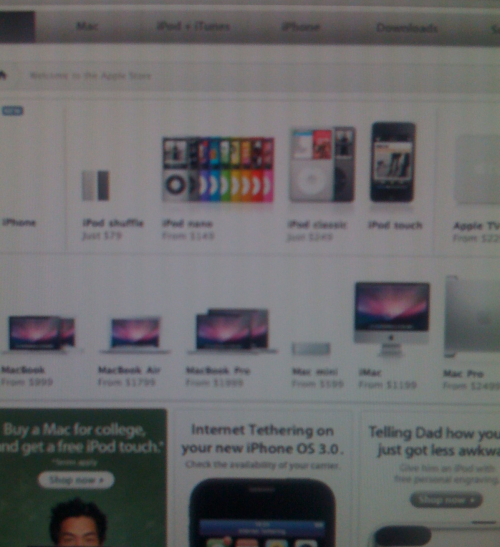 This second photo shows the tethering feature of the new iPhone also with the black frame round the screen.

This second picture which wasn’t sent to them but leaked doesn’t seem as real, the font is different and the spacing is also.

Here are some more pictures that have been leaked out.