Engadget have received some pictures, which they cannot confirm as being real but they do look real, of the upcoming Apple Tablet. It’s only just over an hour now until the event begins so it won’t be long until we find out.

we just got two very interesting images of what certainly looks like a prototype Apple tablet, or what could be the tablet bolted down to a table. It’s big — really big — and it’s running what clearly looks like an iPhone app, although we’ve never seen an iPhone app with that interface or at that resolution before. We also see a WiFi icon and a cell service indicator, although tragically there’s no carrier listed. 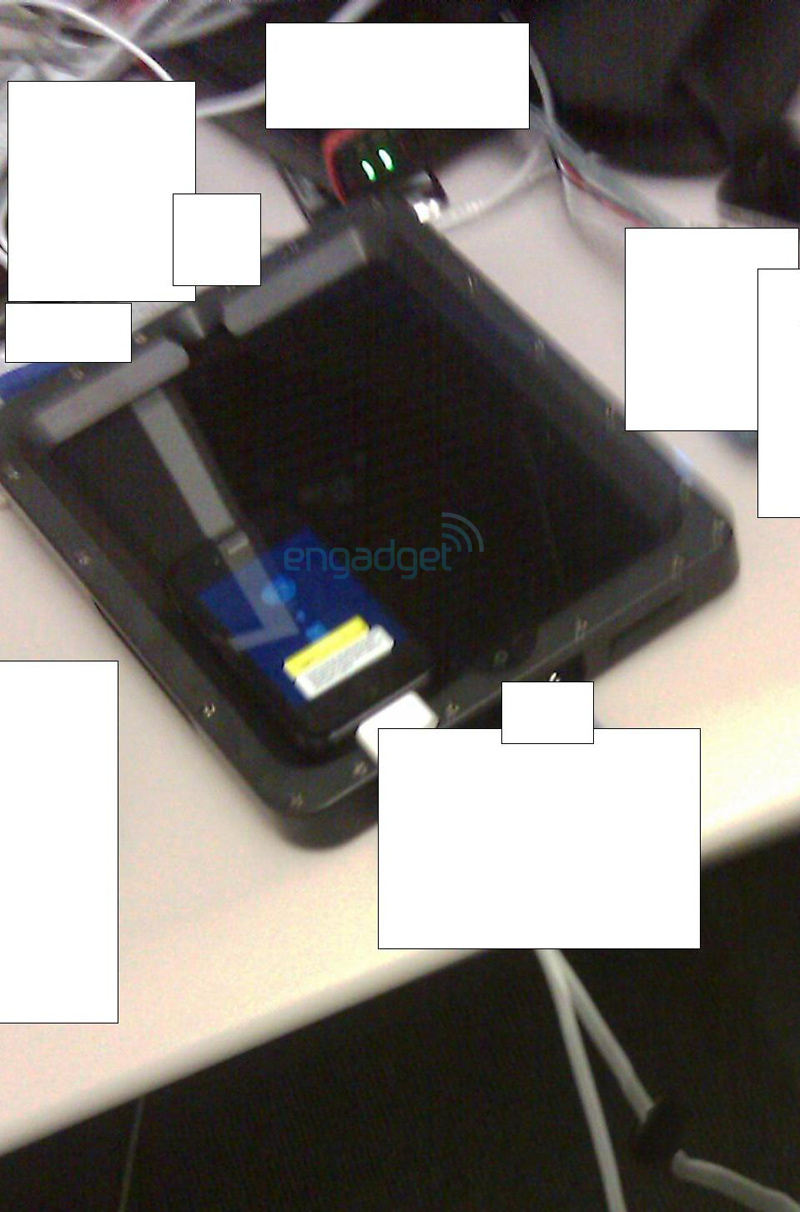 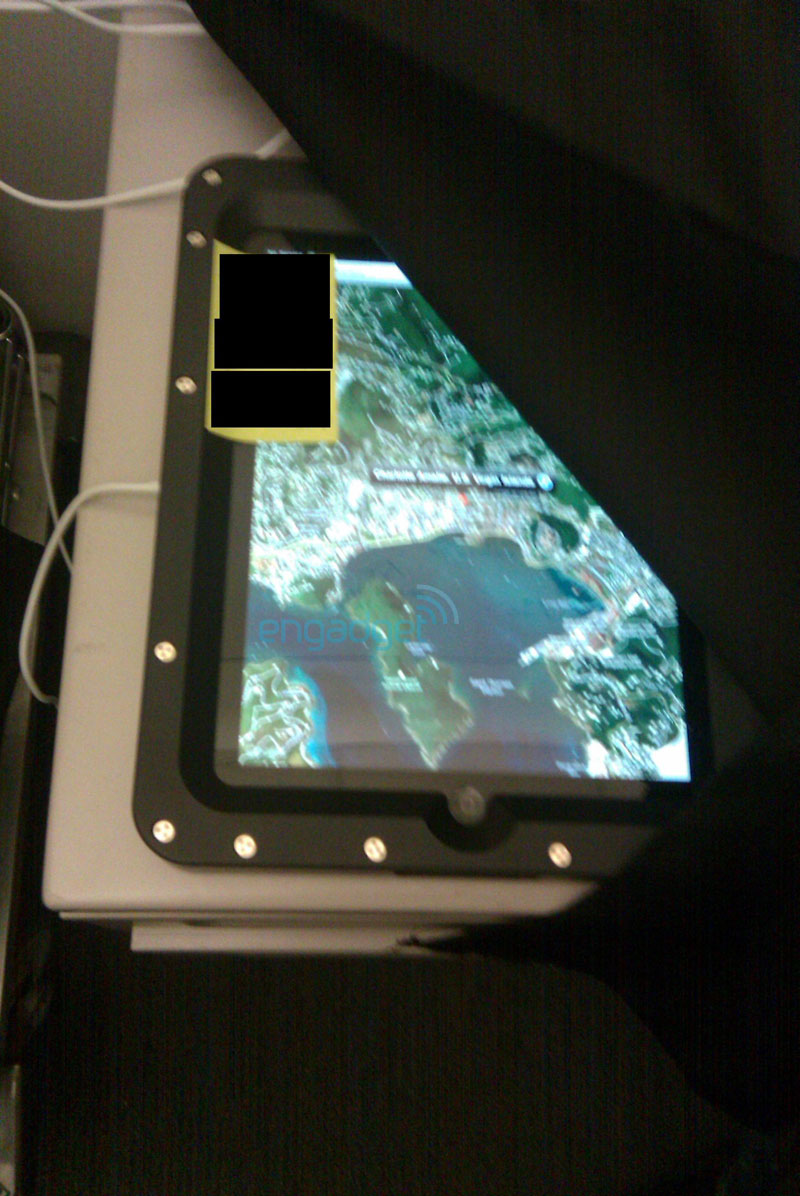 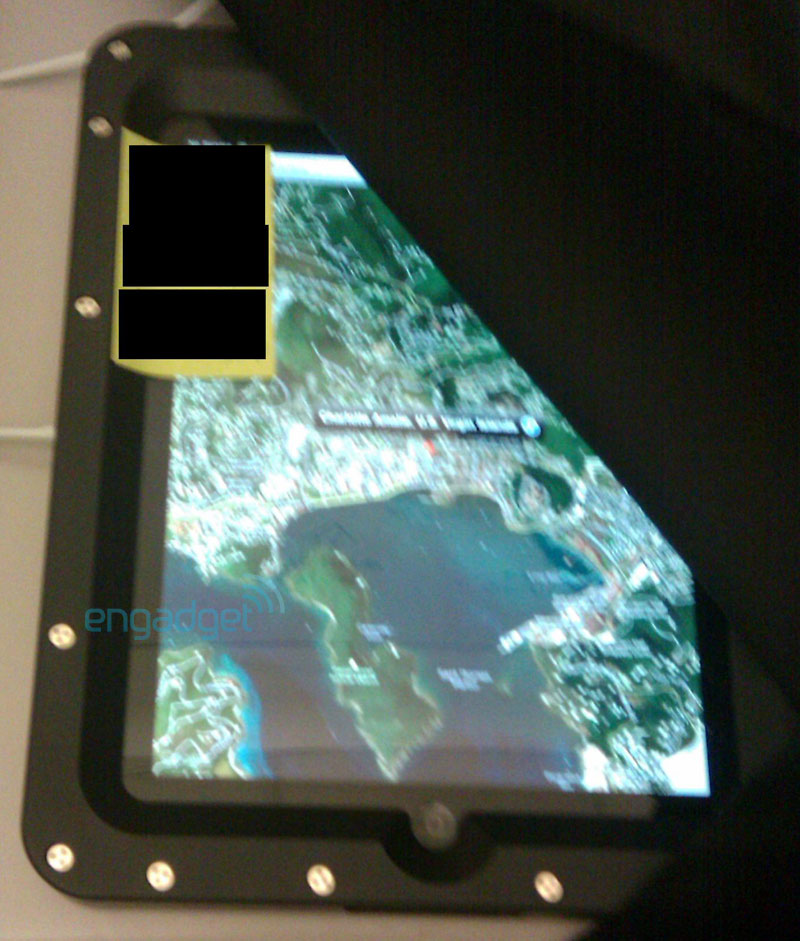 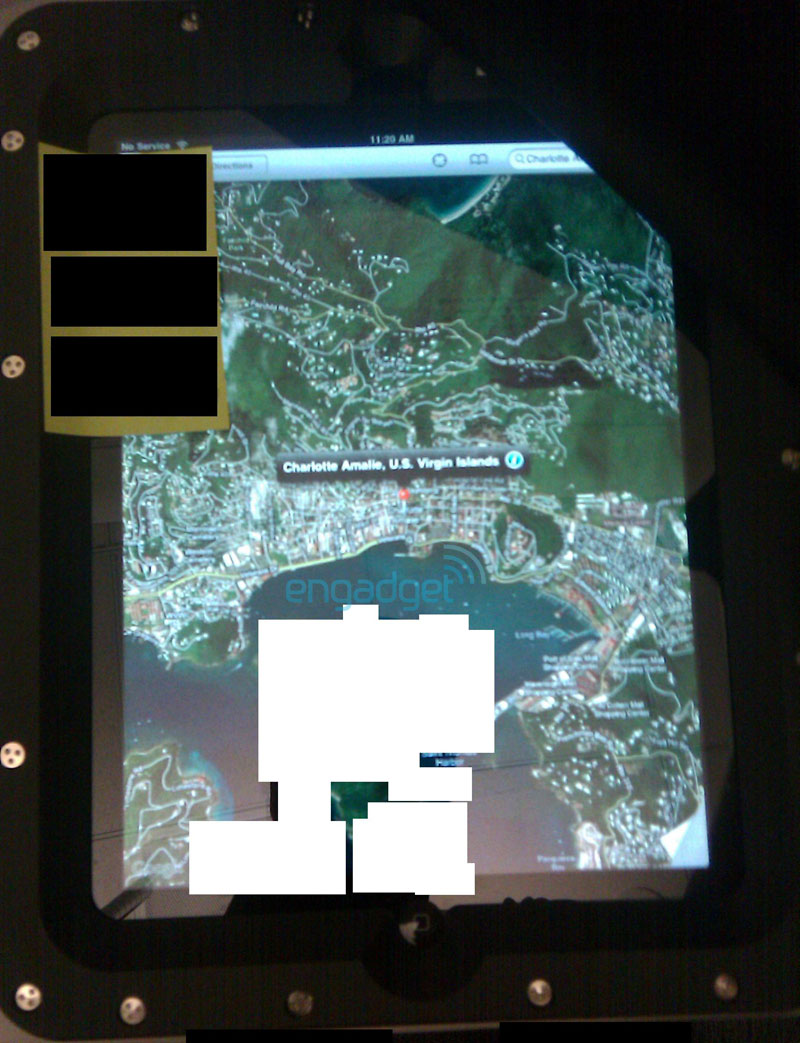 So the few picture leaked do look a lot like people thought which is a large iPhone but Steve Troughton-Smith had some interesting ideas about the images.

So from what we have seen we’re guessing the resolution might be around 640×1024, that the picture shows a non-OLED device, however this doesn’t rule one out. And that Apple are still using Google Maps for the device.

The images show an interesting case around the side, this could be for security or just to disguise the device, as some people over at iPhone Alley spotted a device running a modified version of Mac OS X on a device which was thought to be the new tablet.

An email was sent out today to all Vodafone customers about the release of the iPhone on their network today. Vodafone has

joined the other 3 carriers of the iPhone in the UK (O2, Orange and Tesco Mobile.)

According to Vodafone, they estimate they will be able to sell 50,000 iPhones by the end of the day. If they achieve this they will beat Orange’s launch record of 30,000 and outsell the Google Nexus One, which only sold 20,000 in it’s first week.

Location Sharing is one of latest technologies recently released into the mainstream by Google in the form of Latitude, last year Google tried to put the application on the iPhone but Apple rejected the app, maybe this patent shows the reasoning behind that.

Apple’s method of location sharing involves sending SMS messages between phones. The message would be encoded in such a way that the phone can then extract your current location. Locating sharing is only part of the package — another patent titled ‘position fix indicator’ focuses on ways of displaying the user’s location, and the location of people that you’re connected with.

Apple have just had there iPhone OS 3.0 Preview event down in Cupertino.
It seems like finally they have listened to a lot of the public’s outcry, it may of took them a while but at least they got there.